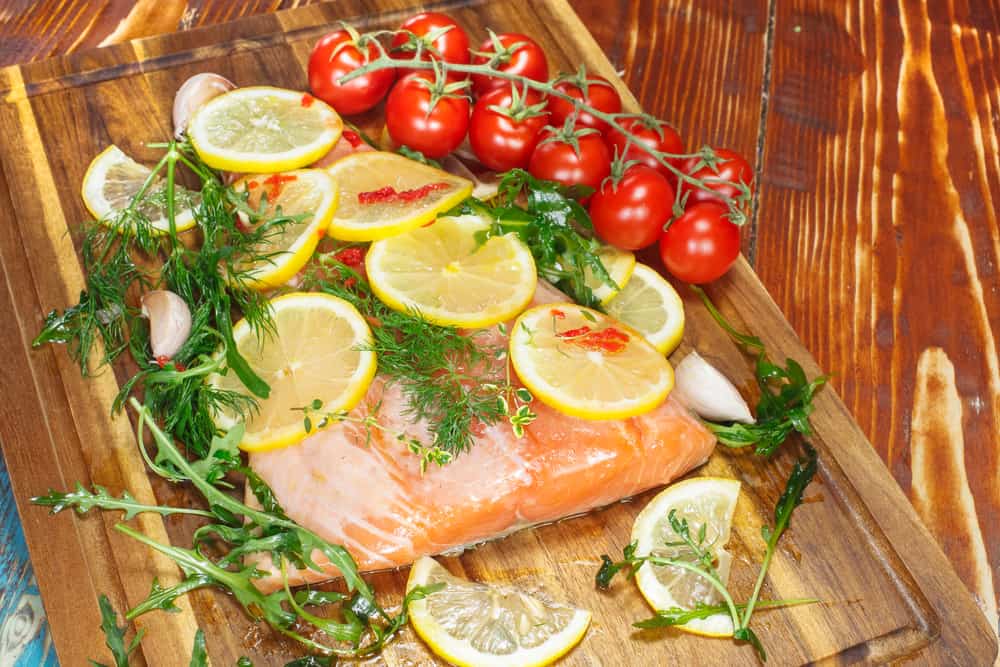 To me cooking Salmon is intimidating – we NEVER cook fish at home especially when you live in a landlocked state like Colorado.  My Uncle Mike was a commercial fisherman for a while, so we had canned fish of which, my Grandmother made Salmon Croquettes, not exactly healthy but I have attached her original recipe.  The very BEST fish I have ever eaten was on an ISS outing in Canada. We caught the salmon in the morning and had a Chef-prepared salmon feast later that day – holy moly, delizioso!

In the spirit of eating healthy, I found this amazing and simple recipe simply prepared in your Multicooker, another winner from America’s Test Kitchen. 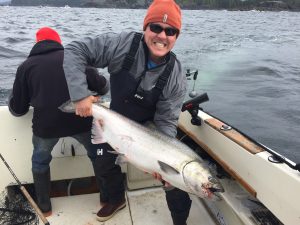 Brent Knight, President of ISS, had a great time catching tons of fish during our company retreat to Ucluelet, BC in 2016. 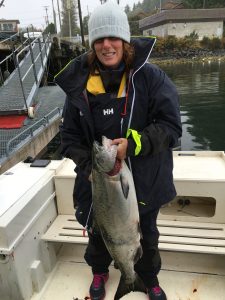 Mary Rich also sleighed some fish during the same company retreat to Ucluelet, BC.

Fold a sheet of aluminum foil into 12-by-9-inch sling. Press sling into a multicooker, allowing narrow edges to rest along sides of the insert. Arrange lemon slices in a single layer on the prepared sling, then scatter parsley and dill stems over top. Add water until the liquid level is even with lemon slices (about ½ cup). Season salmon with salt and pepper and arrange skinned side down in an even layer on herb stems. 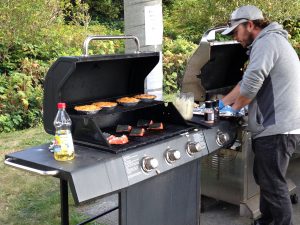 We all ate very well during the company retreat and were treated to barbequed salmon!

Meanwhile, whisk oil, shallot, capers, lemon zest and juice, and chopped dill together in a large bowl. Add cucumber, tomatoes, olives, and parsley leaves and gently toss to combine. Season with salt and pepper to taste.

Using a sling, transfer salmon to baking sheet; discard poaching liquid. Gently lift and tilt fillets with a spatula to remove herb stems and lemon slices and remove any white albumin. Transfer salmon to individual plates and serve with salad.

We are excited to share these creative, easy yet healthy recipes as a series leading up to the Holidays! Stay tuned for upcoming recipes and be sure to follow us on social media using #OnTheRoadHealth #OnePotMeals. Happy eating!